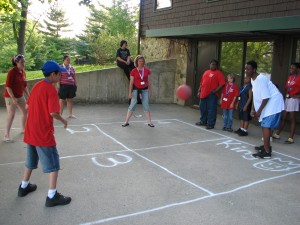 We’re all susceptible to hype, especially those of us in the mobile technologies industry. Hype is fun, it’s great getting excited about things. There has been a huge buzz building in the library space over the past year or so regarding Foursquare, Facebook Places and other location based services (LBS). When David Lee King (a librarian, blogger and thought leader we hold in high regard) wrote a post in January 2010 called “Foursquare and Libraries â€“ Definitely Something There!” we watched carefully and yes, some of us signed up and regularly checked in. I personally tried 3 mobile apps (Foursquare, Gowalla and MyTown) for 2 months to see which one I liked best (Gowalla had the best design, MyTown had the best gaming element, Foursquare made me Mayor of my pet food store). I now use Facebook Places when I decide I want to check in.

Mashable’s post today, “Why Mobile Users Aren’t Checking In [Infographic]“, caused some mixed feelings around the office. Some of us were surprised to find out only 17% of mobile users “check in” to Foursquare and Facebook Places, others weren’t surprised at all. Should libraries implement a mobile technology strategy that appeals to less than 83% of patrons? It’s not really for me to say, but this report and infographic on the “reality behind the hype” is definitely eye opening for any organization deciding what to spend resources on in staying relevant using mobile technologies.

Random Four Square Fact (the real game): This year on February 25 and 26, 15 students from Manchester College broke a world record by playing Four Square for 30 hours. (via: Wikipedia)